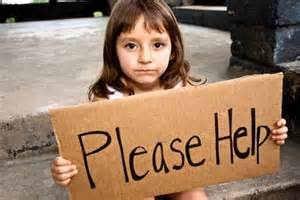 This is the picture of me at our homeschool (when I was eight) holding up this big sign we have to get Mr. Mundi's attention in case we need help and stuff. Mr. Mundi (we just call him "Monday") sometimes concentrates too hard, and so it is difficult to get him to pay attention in class. My dad made this sign to help Mr. Mundi pay attention. Really, I think "Monday" is sleeping in class. I'm older now and stuff, so I don't need "Monday's" help much anymore. But, I'm holding up the sign here, at the philosophers stack, because the questions asked in Wednesday's seminars (here at the Baptist Church Homeschool) are too difficult for me to answer. I like the answers I get here, even though my mom says, "...they are convoluted." My dad says that I was born on the Ides of March (he says the 13th, but it is really the 15th), and that I "...can do philosophy pretty well." I tell him it is easy because it is 'right brain' and stuff more than 'left brain' (mathematics). This is basically what I mean in my question regarding 'neurophysiology." I'm the way I am because of my "brain juices." This is what my dad says, anyway. He says that I should, "...just exercise discipline."

Recently, I won an award on Yahoo.com for best writer. It has about 1000 words and stuff. Well, I wrote about my little sisters--Darley and Daley--misadventures in Hakeim Abeeb's (a Muslin neighbor of ours) backyard. Hakeim built a model (a concrete block house) of the Kabbah in Mecca on the grassy lot adjacent to his house. My dad says, "He doesn't even own the lot." But, the city says its "OK." Hakeim keeps old garden tools and lawnmowers in his special Kabbah. My little sisters know about the Kabbah, so they went over there to ask him about this. My dad says, "They had their hands on their hips the whole time; Darley was pointing with her finger, most of the time; Hakeim never took his hands out of his pockets." Well, my little sisters came back with a story about 'Golden Showers' and moving rocks and stuff. The rocks moved by themselves. Explain that! It' a real true story.

Et puer parvulus minabit eos. This is what my cousin and teacher, Dallas-Rey says of me. She thinks that I'm G&T (gifted and talented), but I think she is the really gifted one (but she is much too humble to admit it). Dallas-Rey is boyish (she loves all sorts of sports and stuff). But, my dad says, "..she's a man's girl" (all her friends are men; she pals-around with the best oldest boys and men and stuff)... and she's way young and a recent college grad. She is like so beautiful and a big tennis player and serves as our physical education director. She is also my "Communicating with Modern Man" facilitator and helps coach me with the philosophic and theologic stuff.

This user hasn't posted yet.