Friends, how do we deal with near-meaningless use of language in low-quality answers? 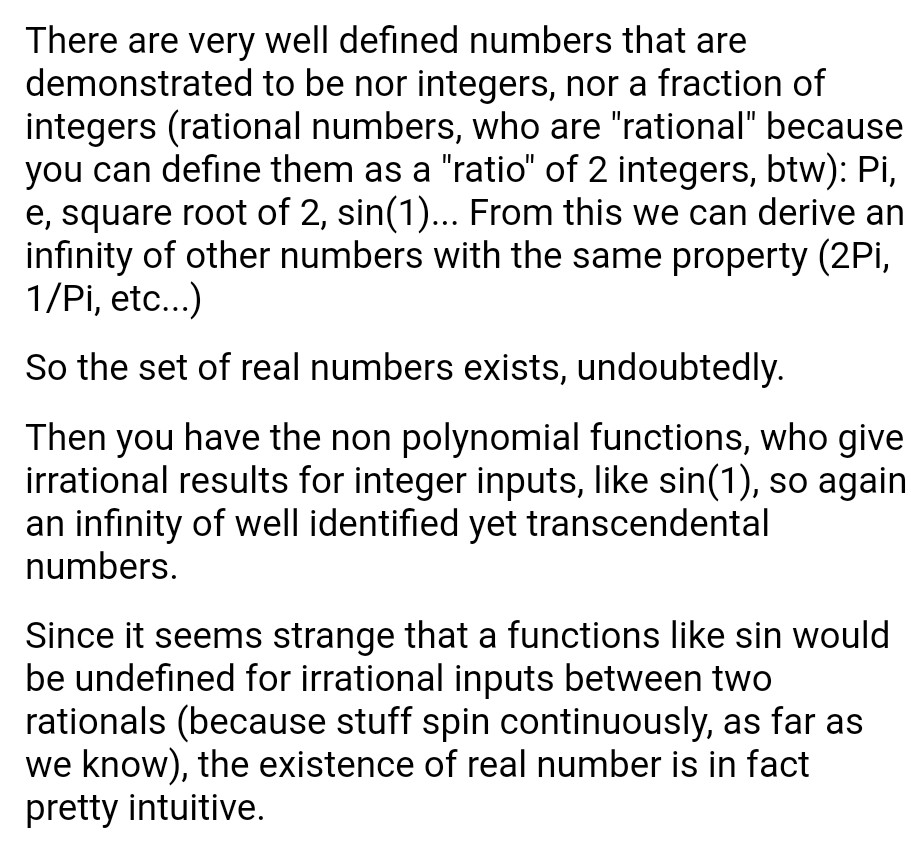 I think Philosophy SE has lost the plot. I know there are numerous Phi SE regulars who know their stuff (Quite brilliant if I add), how does this pass through? Since it's here I will put this here too: I added an answer to the question which this post meant to answer, but within a couple of minutes I get downvoted because some brilliant budding mathematician couldn't understand my construction. Mind you, the construction is not even my own (i.e. it's a well-accepted one i.e. citable). I am rarely active on this site, so I am not too worried about my own answer. It's the ridiculously stupid answers that make me chuckle. You guys gotta fix this.

See Why is the definition of the real numbers not contradictory?

Joke? No. It's the Dunning-Kruger effect. I once watched a thread of a self-claimed physicist who ran an experimental apparatus in his garage claim he had empirical proof that the conservation of angular momentum as understood was flawed. Completely resistant to argument after argument that undermined the claim. He simply lacked the ability to understand he didn't understand. If you're not familiar, read up on the Indiana Pi Bill to see how truly absurd abuse of language and politics can get.

Some thinkers rely on highly idiosyncratic semantics and shallow syntactical clues in evaluating the truth-conditions of propositions. Again, moderators are simply not empowered to CONSISTENTLY eliminate extremely low-quality posts, nor fix extremely high-quality questions that get voted closed mistakenly.

This speaks to the point that the art of Q&A relies on a philosopher's editorial judgment to navigate simple fact-based questions (When was Philosophical Investigations published) and speculative opinion-based questions. (What is the meaning of life?) The problem has been and will continue to be how do we standardize the editorial middle-road, which as far as I can tell requires a consensual metric to separate high-quality editorial such as yours from low-quality editorial.

In essence, there is a parallel to be drawn between individual reputation wars and collective downvoting/closure skirmishes over metaphysical positions.

The moderators can't fix this until they are empowered to fix this lest they appear heavy-handed to novices such as myself.

Not the answer you're looking for? Browse other questions tagged discussion .

2
Low Number of Questions with Accepted Answers?
2
How does Philosophy.SE deal with abusive users?
4
When to Delete for Low-Quality?
7
How do we deal with questions that cram in too much?
7
Questions if arguments or interpretations are correct
0
What was wrong with this question?
1
low-quality answers
5
Friends, how is it that a one line answer can have 22 votes, and another can be deleted for low quality?