I added a comment to the question on Why is a lion not evil?. There was already a "Comments are not for extended discussion;" link there when I added my comment.

My comment was a direct question to the OP which more or less said: "do you believe humans that eat meat are evil?" It was later removed by a moderator (I presume.)

I am really puzzled by this:

What gives? It's this kind of arbitrary and destructive moderation that creates the unwelcoming feeling of forums that has been discussed lately.

I removed the comment, not for its content but for its place. Over the past months, we have experienced more and more lengthy discussions in comments. I am now being very strict with this: any comment that is added after a "this discussion has been moved to chat" is removed. The trouble is that one extra comment invites more comments, especially when at some point the "moved to chat" comment gets hidden.

I created a SE Data Explorer query to find these cases, because we do not get automatically notified about cases like this and because I wanted to verify my gut feeling. Below is a screenshot with the results, because the results will be different once the data gets updated on Sunday. You can see that over April this happened much more than before, and this does not even include the 1000 comments that were already removed during the past month (to compare: 1300 over the past 3 months). (To further illustrate the problem: this question received around 35 comments after the "moved to chat" comment which was even edited to explicitly state that further comments will be removed.)

This is in part related to a couple of recent questions we had that gained a lot of traffic because they appeared in the Hot Network Questions list on the right of every SE site. But it is also because over time we have stopped educating new users about the purpose of comments. So I think that for now we have to be a bit more strict than before, and when the majority of users understands again when to comment and when to invite others to chat we can be a bit more lenient again with cases like yours.

And just to be sure: this is not your fault. Under normal circumstances, I would not have removed the comment, but right now I believe we need to be a bit strict to get on the right track again. 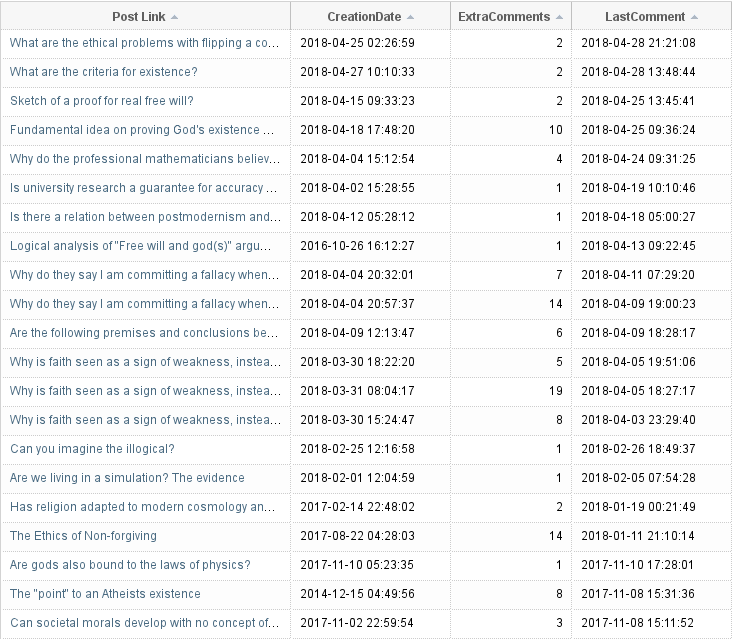 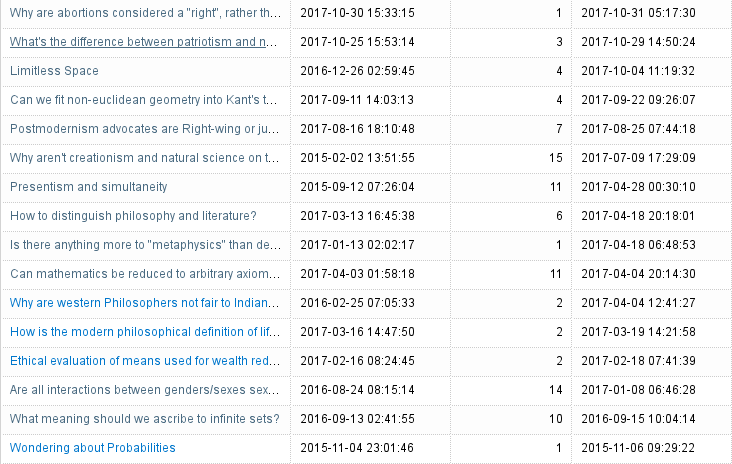 Not the answer you're looking for? Browse other questions tagged .

7
Do we want a custom "sensitive topic" notice?

3
How to encourage moving comment-based discussion to chat?
3
Where lies the distinction between "whatenever I am thinking about" and "proper" philosophy?
3
"-10 User was removed"?
4
Possible resolution of conflict
0
user was removed
4
Why can I only edit a comment 5 minutes after it was posted?
1
Why was this question closed? I was bewildered that the reason was "it was dictionary level"